The ErinEarth concept was presented to the Wagga Wagga Presentation Sisters in 1997. The idea of ErinEarth was born in early 1996. Two Catholic Sisters belonging to a group called the Presentation Sisters, Kaye Bryan & Carmel Wallis, dreamt of a place that would both model and teach practical skills for a more sustainable lifestyle and be a gathering place for reflecting on & developing a spirituality more closely linked with the earth.

Kaye and Carmel presented the dream to the Sisters who were preparing for their Chapter to be held in October 1997. This forum gathers to make major decisions regarding the direction of the Presentation Congregation every six years. At this Chapter the Presentation Sisters supported the establishment of a centre since it fitted in well with the direction in which the Presentation Sisters were moving with regard to ecological justice. Kaye and Carmel were given a mandate to set up a centre and provided with seed finance, office space, a utility and a vacant piece of land on the Mount Erin Convent site. Much networking & consultation began.

A Task Force from members of various local community groups was formed to help clarify the nature of the proposed centre. Part of this clarification included a dinner & workshop for 60 people from diverse groups such as the City Council, Dept of Land & Water Conservation, Greening Australia, The Civic Trust, welfare groups & education groups. These gathered to determine what the centre would look like. By the end of a long evening the following picture emerged:

The Centre, to be initially called an ecological justice resource centre, was to educate for practical skills, ethics & spirituality of living sustainably, with a focus on salinity, a major concern for Wagga Wagga and many other dryland towns on the western slopes of New South Wales.
The Centre’s built environment was to be a three bedroom home with features of the average backyard so that the urban dweller could identify with it. All features to be as sustainable as possible.
The ageing pine and sugar gum trees along the railway be removed and replaced with mainly local native trees and understorey. Some parts of the extensive lawns also be replanted with local vegetation to lessen seepage into groundwater.

The garden you see began life in 2003. Heavy equipment formed the basic design and the rest was done by a team of volunteers supported by generous businesses.

ErinEarth was officially launched on 24 September 2006 by the Hon. Kay Hull, Federal Member for Riverina.

ErinEarth developed a series of Open Gardens, reading groups, school programs and outreach to the community.  It was an activity of the Presentation Sisters.  During this time, the Presentation Sisters planned for the future when they would no longer be able to be directly involved.  They considered how best to hand their mission to new groups.

They identified ErinEarth as an activity to continue to support.  Detailed planning resulted in ErinEarth being established as a limited liability company, ErinEarth Ltd.  Funding from the Presentation Sisters enabled the hiring of a manager and assistant manager, with additional part time positions.

ErinEarth Ltd was re-launched on 4 November 2017 by Mrs Kay Hull.

ErinEarth Ltd is a not for profit charity aiming to demonstrate sustainable living to the local Wagga community. We currently have a staff of five and numerous volunteers within our ErinEarth community. Volunteers range in their roles from board members right through to the garden maintenance crew. We are an effectively functioning organisation, working to a strategic plan and creating an annual report each year. 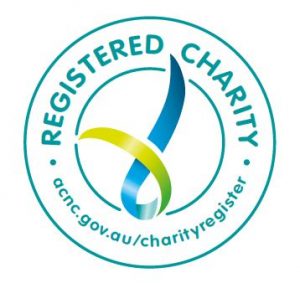